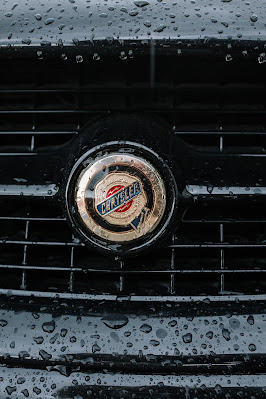 Chrysler, which is now experiencing crisis times, not least because of a narrow range (there are only two models in the brand’s lineup – the Pacifica minivan and the Chrysler 300 sedan), is preparing a new electric crossover for production. The serial version of the electric car should be expected in 2025. The finished prototype with the registered name Airflow was unveiled in Las Vegas at CES 2022.

As the Chrysler brand is now controlled by the Stellantis Corporation, the Airflow electric crossover is based on its STLA Medium platform. The developers have abandoned the idea of   using a single engine and will offer customers an exclusively all-wheel drive version with a twin-engine power plant, where the power of each will be 204 horsepower. The battery capacity has not yet been announced exactly, but the power reserve on one charge is already known – it will be from 560 to 640 km (according to the EPA cycle).

The salon of the Chrysler Airflow electric car is four-seater, seating in separate captain’s chairs. Each pair is separated by an armrest box. The dashboard integrates a two-spoke multifunction steering wheel and three LCD panels: an instrument display, a separately placed settings tablet and a third touchscreen to entertain the front passenger. The backrests of the front seats with striking contour lighting are also fitted with a display for those sitting in the back.

The configuration of the concept model includes a level 3 autopilot developed jointly with BMW specialists, as well as a package of active and passive safety assistants with a navigator, multimedia functions and even access to payment systems.

Chrysler Airflow received a streamlined aerodynamic body from the designers, only the sidewalls are touched by shallow stampings. The puffed bonnet part looks stylish due to the use of narrow strips of the main optics, the plafonds are connected by a slot in the carapace tightening with a luminous logo in the center and a chrome insert. The front bumper has got compact “gills” of the air ducts and a smoothed trapezoid of the central air intake. There is a small plastic crossover body kit, the roof and pillars of the electric car are made in a contrasting black finish. The rear optics is a stylish bridge chandelier. The rims are 22-inch.

Electric moped Karpaty Delfast will launch in a series