Created a plant replacement for milk and eggs

To the delight of vegetarians, Singaporean scientists managed not only to find a substitute for eggs and dairy products, but also to do it from waste – spent brewing grains. They presented a plant emulsifier that has all the necessary properties to replace them in food and even surpasses the number of essential amino acids in its composition.

Also Read : Solar panel for power transmission from space has been successfully tested by the US military

Emulsifiers are critical for the production of certain foods because they can stabilize, for example, oil and water and are easy to mix. Egg yolk is most often used for this purpose for making mayonnaise. In their quest for a plant-based substitute for eggs and milk, scientists at Nanyang Technological University turned to waste from the brewing industry. Approximately 39 million tonnes of waste grain is discarded annually, increasing greenhouse gas emissions.

It was possible to convert the brewing grains into a vegetable emulsifier through fermentation with the mushroom Rhizopus oligosporus. During fermentation, the complex molecular structure of the grain was destroyed, which made it easy to extract proteins and antioxidants from the product.

“This approach allows not only to reduce environmental pollution, but also to provide a person with plant protein,” – commented the author of the work, William Chen. 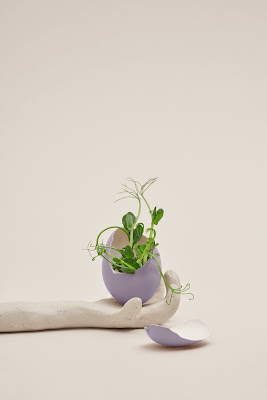 Most importantly, the emulsifier was high in protein and high in essential amino acids. In addition, in the mayonnaise prepared using this technology, the taste turned out to be completely identical to the store product using eggs.

The team is now refining their technology to further enhance the quality of the products. In the future, they plan to use the emulsifier in ice cream, soy milk, cream and other products. Of course, in addition to vegetarians, this approach is suitable for people with allergies and anyone who would like to reduce the amount of animal fat in their diet.

Today, people are increasingly paying attention to vegetable protein – some are adjusting their diet towards a more vegan one, while others are trying vegetable meat, which is produced using various technologies. For example, the Australian company v2Food makes imitation ground beef, burgers, sausages and bolognese sauce. The startup has made significant strides in Australia with its immediate goal of becoming an industry leader in its home country.

Read Also: Scientists have assessed the effect of “omicron” on the lungs

5 Cheapest Islands To Visit In May?

Most Essentials Things You Must Have for Camping Trip