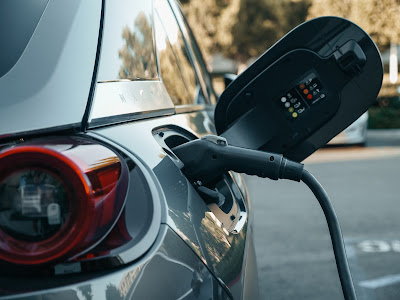 The Vietnamese brand VinFast continues the rapid expansion of the model range. The company has brought as many as 5 crossovers to the electronics show in Las Vegas, two of which, VF 8 and VF 9, are already accepting orders.

The capacity of lithium-ion batteries for electric cars is still a secret, but it is stated that one full charging cycle of the battery for the VF 8 electric cross is enough to overcome 505 km, the range of the larger VinFast 9 is 550 km.

The list of the complete set of Vietnamese electronic devices includes 11 airbags, an extensive package of electronic assistant systems, and an autopilot of the second level of SAE classification.

The start of sales of VF 8 and 9 in Europe and the USA is scheduled for the end of this year. The price for European buyers of the former is from 36 thousand euros, of the latter – 49,300. For the first customers who pre-ordered before April, VinFast will present a tour to Vietnam for 4 people. The program for the purchase of electric vehicles implies the possibility of renting a battery, as well as its complete replacement at the expense of the manufacturer when the capacity drops by 70% from the original.

In addition to the VF 8 and 9, which are already ready for serial production, VinFast also showed three more new electric vehicles. This is a representative of an especially small A-class model VF 5, a subcompact crossover VF 6 and a compact VF 7. Their design was created with the involvement of Italian specialists from the studios Torino Design and Rininfarina. All VinFast models are characterized by proprietary front and rear optics – swoosh-shaped LED strips radiating from the logo, sports bumpers, protective body kit, sculpted sidewalls.

Three electrical innovations are expected in 2024. The assembly of electric vehicles for Europe will take place in Germany. For the American market – in the United States, in the same place they plan to establish the production of batteries.

Electric moped Karpaty Delfast will launch in a series